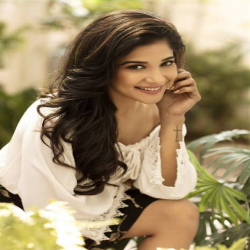 Sakshi Agarwal is an Indian film actress and model, who has appeared in Tamil, Kannada and Malayalam language films. After beginning her working career as a marketing consultant, Sakshi moved towards an acting career after she garnered attention during part-time modelling commitments. She has since starred in lead and supporting roles in South Indian films.