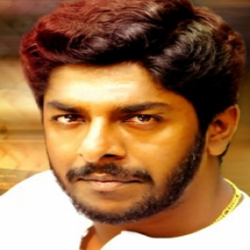 Sreekumar says Acting is my passion and hence I don't mind playing a comic role, a serious one or even a character with grey shades. It all depends on the quality of work, and whatever role I do, I will do it with all sincerity.

The marriage of Sneha and Sreekumar was a well received news from the audience. The wedding took place in a simple ceremony attended by only friends and relatives of both.

Manu Mulanthuruthi photographed the bride's eyes with a sarcastic look at Lalithan during the 'Thali Kettu' ceremony. The pictures have already gone viral on social media. Fans have taken over the romantic feelings of both. The marriage ceremony was held at Shasta Auditorium near the temple.

Sneha, who has been educated by Kathakali and Ootanthal, entered the cinema serial through amateur plays. Sreekumar, who earned many endorsements from Mariammayam, has become the favorite child of the family of Uppum and Mulakum. Sreekumar has acted in over 25 films. Sreekumar's strong villain role in the movie Prithviraj, Memories, was highly acclaimed.