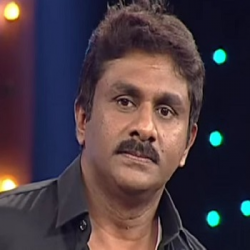 Raghu Kunche is an Indian film music director, playback singer, actor, lyricist, dubbing artist and anchor in the Telugu, Tamil, and Kannada film industries, currently residing in Hyderabad, Telangana. He has won 5 NANDI awards given by the state government of Andhra Pradesh. Raghu Kunche began his singing career in 2000 with the movie Bachi. He has sung about 600 songs for Telugu Films. Raghu Kunche made his debut as a Music Director for the movie Bumper Offer in 2009. Now his upcoming movie Palasa 1978 in which he sung the song as well as acting in the film, will release on 6th March 2020.