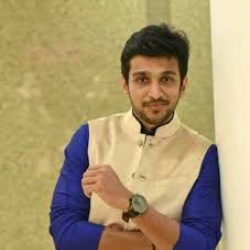 Pratik Gandhi, is an Indian theatre and film actor who primarily works in Gujarati theatre and cinema. Actor Pratik Gandhi was born in Surat to parents who were teachers. Pratik Gandhi studied at Surat where he is involved in theatre arts. He graduated and started working as an engineer in reliance industries in day time and doing theatre in the evening.

Pratik Gandhi fell in love with television and theatre actress Bhamini Oza and they got married in 2009. Miraya, their daughter was born in 2014.