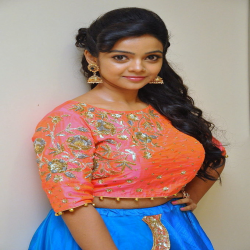 Nithya Shetty is an Indian Actress, Model, software engineer, Fashion designer appearing in Tamil and Telugu films. Nithya Shetty worked as a child actress in Telugu films during the early 2000s appearing in films including Devullu (2000) while winning the Nandi Award for Best Child Actress for her roles in Chinni Chinni Aasha (1998) and Little Hearts (2000). Nithya Shetty completed her education in engineering and later joined Infosys as a software engineer. However, she wanted to continue work as an actress and successfully auditioned to be a part of the Telugu film, Padesave, before working on the family drama Dagudumootha Dandakor.

She has consequently featured in low budget Tamil films including Jayaprakash's Aivarattam (2015) and Kadhal Kaalam (2016). She recently worked in the Telugu film ‘Nuvvu thopu raa’ (2019) and Tamil film ‘Aghavan’(2019). Recently she is busy in her upcoming movie ‘O Pitta Katha’ which will release soon.