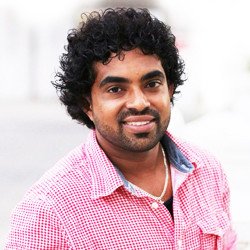 Jacob Gregory is an Indian-American actor who has appeared in Malayalam films. He made his film debut with ABCD (2013) directed by Martin Prakkat. He got a breakthrough role in the TV series Akkara Kazhchakal, where he portrayed the character Gregory also known as "Giri giri".

A Non-Resident Indian (NRI), Jacob Gregory is an Indian film actor who predominantly stars in Malayalam films. His first movie was the 2013 Malayalam comedy ABCD: American-Born Confused Desi, under the direction of Martin Prakkat, which starred Jacob as one of the leads opposite Dulquer Salmaan, Aparna Gopinath and Tovino Thomas. He was popular even before the movie for his character of Gregory in the popular Malayalam TV series titled Akkara Kazhchakal.