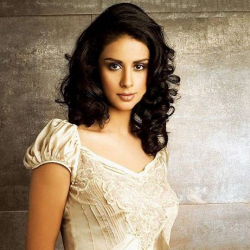 Summary
Gul Panag was born on 3rd January 1979 in Chandigarh, India. She is best known for her acting in bollywood, voice actress, model, and former beauty queen who competed in the Miss Universe pageant. Panag Debur in bollywood with the movie Dhoop in 2003. Since then, she has worked in films like Jurm and the TV series Kashmeer. Her notable films include Dor, Dhoop, Manorama Six Feet Under, Hello, Straight, and Ab Tak Chhappan 2.

She played a commoner, fighting hard to save her husband from going to the gallows, in the 2006 Nagesh Kukunoor film, Dor. In 2008, she acted in the films Hello and Summer 2007. In 2009, she appeared in the movie Straight. She featured in Rann in a role attempting to stop her boy friend from doing the right thing. Panag appeared on the front page of Maxim with whom she did a photo shoot in September 2008. She debuted in Punjabi movies with Sarsa She was the Aam Aadmi Party candidate from Chandigarh for 2014 Lok Sabha Elections.

Panag won the Miss India title in 1999, and was crowned Miss Beautiful Smile at the same pageant. She participated in the Miss Universe 1999 pageant.

She has appeared in numerous advertisements on television and print media and is the brand ambassador for Tata Sky, along with Aamir Khan.
Movies List