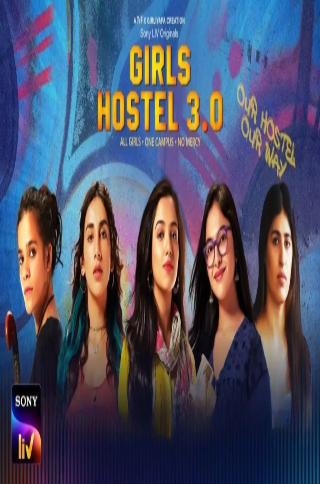 A debuted TVF Girls Hostel came up in 2018 showcasing the life of girls' hostels which every girl can relate with. It was then a successful season, after the second sequel, now the creator Shreyasi Sharma and director Harish D.Kalia has now come up with ‘Girls Hostel 3’ to be released on the OTT platform Sony LIV TV on 25th November 2022.

Same as the previous two seasons, this is also expected to have five episodes. Starring Ahsaas Channa, Srishti Srivastava, Parul Gulati, Simran Natekar, Trupti Khamkar, Jayanti Bhatia, Kareema Barry, Tanvi Lehr Sonigra, and Akash Chopra in the main roles, expecting to have more fun and drams. The trailer shows that the girl gang is now struggling to organize a talent show in the hostel due to the resistance and politics that comes along, it also fovusus on gender equality too.