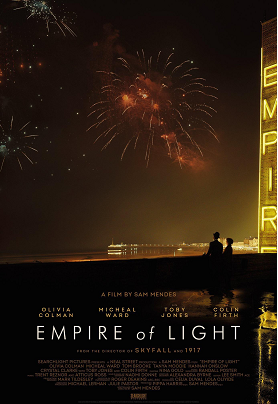 Academy Award-winning director Sam Mendes has announced a powerful and poignant story about love and connection in a form of a Romantic drama movie ‘EMPIRE OF LIGHT’, which is set in an English seaside town in the 1980s. It Starring Olivia Colman, Michael Ward, Colin Firth, Toby Jones, Crystal Clarke, and Tanya Moodie.

The film was premiered at the Telluride Film Festival in September and announced to be theatrical release on 9th December 2022 by Searchlight Pictures.