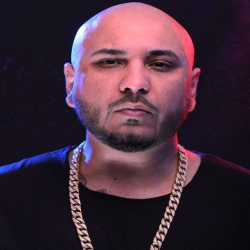 Pratik Bachan, best known by his stage name B Praak, is an Indian singer and music composer associated with the Punjabi Music industry. He started his career as a music producer, and later debuted as a singer with the song Mann Bharrya. He is a frequent collaborator of lyricist Jaani and has since entered into Bollywood in 2019 with two songs as a singer in the films Kesari and Good Newwz starring Akshay Kumar, and as a guest composer in the satire Bala.