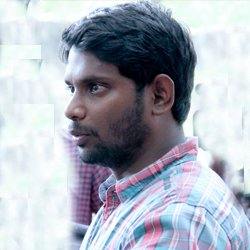 Anucharan Murugaiyan is an Indian director, writer and editor who works in Tamil cinema. He made his directorial debut in Australia with the short film Infinity (2011) released in Australia and got his breakthrough in feature films with Kirumi, which has critically acclaimed and featured in 19th Annual Toronto Reel Asian International Film Festival.