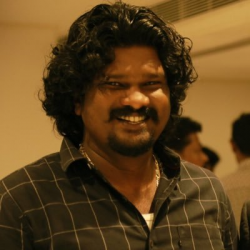 Ajai Vasudev is a film director in the Malayalam film industry. He made his directional movie debut through the Malayalam movie RajadhiRaja which was released on 5 September 2014. His second movie again with Mammootty is Masterpiece film (2017). Now set to team up for the third time with the same actor in Shylock film (2020) which is also released in Tamil language titled 'Kuberan'.