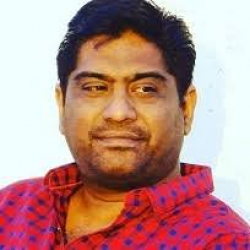 Ahishor Solomon is a Screenwriter and filmmaker, his showbiz journey as an assistant director, working in the Bollywood movies Paap (2003) and Rog (2005) early on in his career. In 2013, he made his directorial debut with the Hindi thriller John Day, which starred Naseeruddin Shah and Randeep Hooda in central roles. The film, which was a remake of the Spanish action movie Box 507 (2002), opened to mixed reviews.

In 2016, Solomon penned the screenplay for the bilingual comedy-drama Oopiri starring Akkineni Nagarjuna and Karthi. The film was a critical and commercial success. In 2019, he co-wrote the Telugu action drama Maharshi (2019), which was directed by Vamsi Paidipally and starred Mahesh Babu in the lead role.