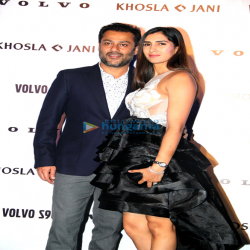 Abhishek Kapoor Was born on 6 August 1971. he Indian film actor, director and producer. He had started his career as an actor in Uff! Yeh Mohabbat in 1996, opposite Twinkle Khanna, directed by Vipin Handa. He made his directorial début with Aryan in 2006 which was a critical and commercial flop.

In 2008, he wrote and directed Rock On!! an Indian Rock musical film starring Farhan Akhtar and Arjun Rampal that did average but is hailed as a veritable cult classic and won the prestigious "National Award for Best Hindi Film" for outstanding artistic contribution towards cinema. The film went on to become a major success, bringing not just accolades but also a Filmfare Award in 2009.