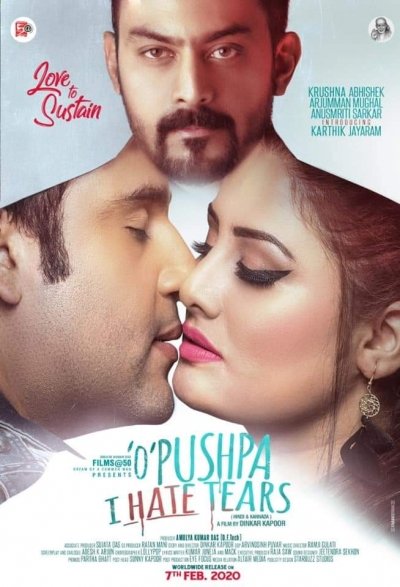 O Pushpa I Hate Tears is an upcoming Bollywood movie with comedy, thriller, drama, directed & story by Dinkar Kapoor and the film starring Krushna Abhishek, Karthik Jayaram, Arjumman Mughal, Anusmriti Sarkar as a lead role and other supporting star are Anang Desai, Pradeep Kabra, Jimmy Moses, Akhilendra Mishra. Film produced by Amulya Das, Music by Ramji Gulati, Cinematography by Arvind Sinh Puvar & Nilabh Kaul. This film story is based on a love story in which When Aditya has fallen in love with Pushpa, she thought that he only loves her. But she gets traumatized when she came to know that Aditya was in love with her only to get her money. He only wants money, not Pushpa. Aditya wants Pushpa out of his way, so he takes the help of Shyam. But Shyam smartly gets Pushpa in love with him and also get a hold on her. Shyam is so clever that it's impossible for Aditya to remove Shyam from Pushpa's life and her money. Now Aditya is helpless and feels like he lost Pushpa and her money as well. These films will release on 28th  Feb 2020. this movie will release in Hindi & Kannada language. 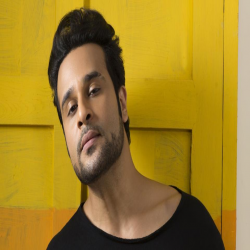 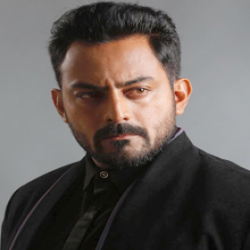